Stay tuned for the 2016 entertainment schedules. Until then, please recap the fun you had in 2015. 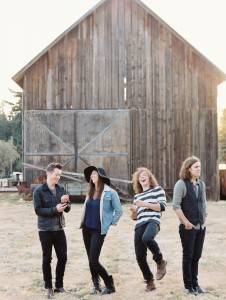 The 2012 EP from Tango Alpha Tango, Kill & Haight, is spiked with dirty, badass guitar riffs and twangy vocals by Nathan Trueb that punch with attitude. It would be too easy to compare this PDX trio to the Black Keys, but the two bands certainly draw inspiration from the same old-school, bluesy well. — Rachel Milbauer, Portland Mercury

The new, self-titled release from Portland band Tango Alpha Tango sits in that uncomfortable place between EP and full-length—it runs seven songs, just under half an hour—but everything else about the record fits perfectly. Starting with the laidback country swoon of “Oh Mama,” the quartet then launches into a slow-building motorik guitar riff in “Mona Lisa’s Death.” Elsewhere, the band continues that expert and surprising balance of folk noir and space rock, even finding room for a glossy pop chorus in “Give of the Summer.” There isn’t a single wrong move on Tango Alpha Tango; “This City” rears an angry, stoner blues riff in the middle of a tightly knotted funk strut, and as clunky as that sounds, it works brilliantly. On record, Tango Alpha Tango continues to make some confoundingly good work, following up 2008’s Rebel Sons of Cowboys with a collection of adventurous and admirable rock and roll. — Ned Lannamann, Portland Mercury 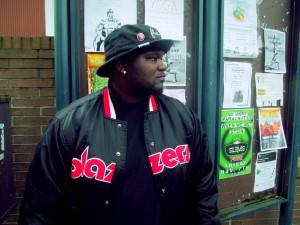 Mic Capes is a hip hop artist from Portland, OR that represents the North Portland neighborhood, St.Johns. Capes is known for having vivid story telling ability, raw lyricism, and thought provoking social commentary as key components of his music. He is a member of the Portland hip hop supergroup The Resistance of FRSH TRB.

“Mic Capes plays with the story telling aspect of hip-hop. He takes you on a journey through the good and the bad. After listening, you may feel like you understand him better. You don’t even know if the stories he’s telling are true, but you feel them. You feel the struggle, the dispair, the excitement, the motivation. When an artist can accurately convey all of those emotions and still keep your head nodding, they have succeeded.”  — Shardé Marie, We Out Here Magazine 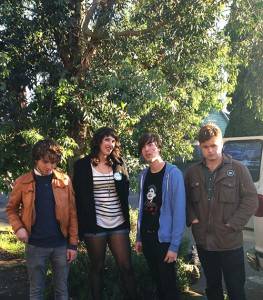 The Shivas are a rock and roll band from Portland, Oregon formed in 2006. With mountains of reverb and walls of feedback they have since rolled their swirling dance party throughout many countries around the world. At the close of 2014, The Shivas had released 4 LPs, a 7” EP and various short run cassettes. The most recent release is October 2014’s long player You Know What To Do (K LP/CD, Burger Records CASS), which was followed by tours of the U.S. and Europe. In January 2015 they went back into the studio, again at Dub Narcotic Studio in Olympia, Washington, to record their next full length Better Off Dead with engineer and co-producer Calvin Johnson. It is slated for release on K in the summer of 2015. 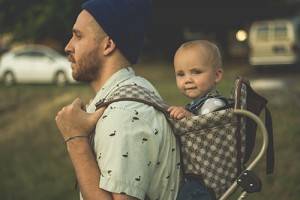 Sapient is a Hip Hop artist based in Eugene, OR who has been an influential voice in the Northwest music scene for the past ten years. An exquisite and high energy live performance has taken him across the world, leaving onlookers captive until he exits the stage. His songs and are known for their heavy hitting beats paired with Sape’s rhymes which matchless in delivery and wit. Music is Sapient’s element and there is nothing comparable to witnessing him in the midst of it.

“Sapient will never let himself be confined within the box of a single genre.” — Portland Deli 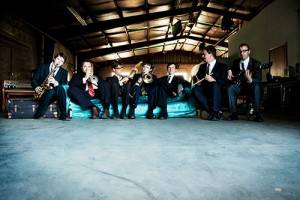 Tezeta Band is the sound of nostalgia and sweaty soulful dance music. Part jazz, motown and Ethiopian folk music inspired by the 1960’s and 1970’s. Imagine an Arabic sounding Stax recording and John Coltrane merged into one sound, melting together in the clubs and lounges of Ethiopia.
The inspiration for the Tezeta Band is the Golden Age of Ethiopian Dance Music that produced legendary Ethiopian musicians such as Tilahoun Gessesse, Mahmoud Ahmed, Seyoum Gebreyes, Aleymeyehu Eshete, and Mulatu Astatke. These artists blended revolutionary sounds and ideas into a powerful Ethiopian soul sound.

DJ ANJALI AND THE INCREDIBLE KID 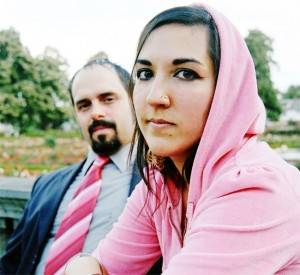 Bollywood Dance Class for all ages!
DJ Anjali and The Incredible Kid have spent more than a decade igniting dance floors with cutting edge music not limited by borders or language. They host the longest-running Bhangra and Bollywood party on the West Coast, co-founded the Pacific Northwest’s first Global Bass dance party and host two weekly radio shows on XRAY.FM and KBOO.FM.
Few DJs can be said to have changed the sound of their city but that is exactly what DJ Anjali and The Incredible Kid have accomplished since they first introduced Portland, Oregon nightclub audiences to the many varied sounds of Global Bass at a raucous New Year’s Eve debut in 2000. They are most known for incinerating dance floors with the heavy dance floor artillery of South Asia, but the duo scour the globe for any hard-hitting music that combines local music traditions with window-rattling production. 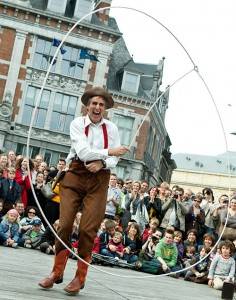 Coming out of Portland, Oregon, USA Leapin’ Louie has performed at festivals and theaters in 29 different counties across the world. He is considered the most explosive Lithuanian-Jewish Cowboy Comedian to ever come out of Oregon.