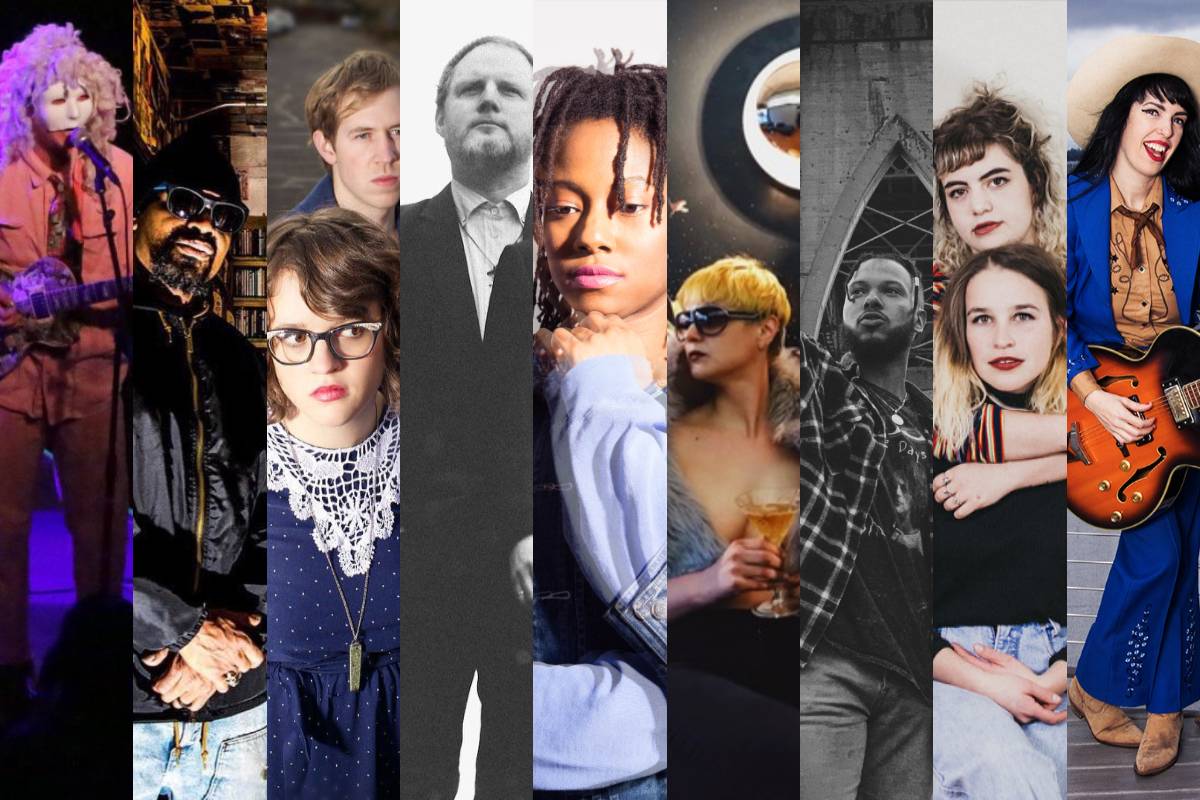 SALLIE FORD AND THE SOUND OUTSIDE 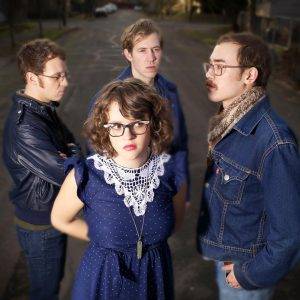 For those who weren’t quick enough to purchase tickets for Sallie Ford and the Sound Outside’s two recent sold-out reunion shows at Mississippi Studios, we’re pleased to give you another chance to see them. This will be only their third Portland show since reuniting and it will be their first all-ages Portland show since they disbanded in 2013. We are honored to welcome Sallie Ford and the Sound Outside to the Bizarre stage!

Combining elements of jazz, R&B, and rock & roll — all during the early stages of their development — and fusing it with a contemporary energy and swagger, Sallie Ford & the Sound Outside are a Portland, Oregon-based quartet who’ve earned an impressive following in their hometown and made some influential fans, including the Avett Brothers, who’ve championed the combo and taken them on the road with them.

Lead vocalist and rhythm guitarist Sallie Ford was raised in Asheville, North Carolina and came from a creative family; her father Hobey Ford is a celebrated puppet artist and her mother is a music teacher. While Sallie learned to play guitar and violin as a child, and enjoyed singing as a teenager, she found herself intimidated by the artistic path followed by her parents and siblings (both of whom were involved in the performing arts), and has described herself as “the weird one” in the family. That changed when Ford moved to Portland in 2006 after dropping out of college; influenced by Cat Power, the Squirrel Nut Zippers, and Tom Waits, Ford developed greater confidence in her vocal abilities and began appearing at open-mike nights at local clubs. In 2008, she crossed paths with bassist Tyler Tornfelt and drummer Ford Tennis, two friends from Alaska who had been making music together for years and had recently relocated to Portland. Ford discovered she was simpatico with Tornfelt and Tennis, and they began performing together as a trio; when guitarist Jeffrey Munger heard them while playing for change on the street, he liked what he heard and soon volunteered his services, and Sallie Ford & the Sound Outside’s lineup was complete. 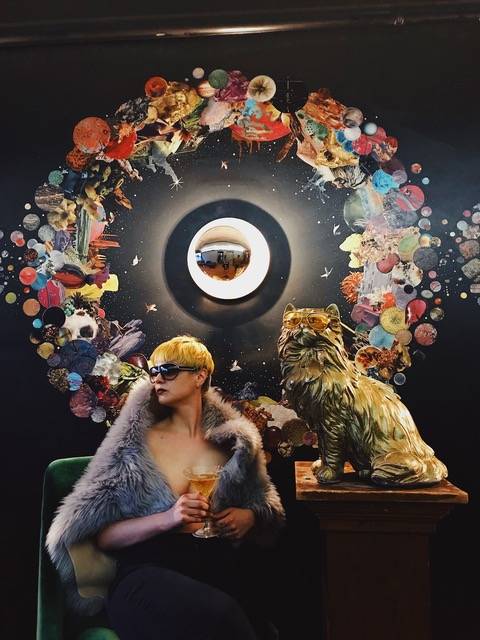 Mirroring the expansive noise and incisive shadow of PJ Harvey, with the fearless abandon of Nick Cave, and vocal play of Bjork, Kelli Schaefer’s No Identity travels at light speed through the American landscape so many left and forgot to examine. Driven to explore the darkest corners of her own origin, and also to step outside of herself, No Identity came into being after two years of work. It is a genesis story marked with resolve and technical prowess – muscular guitar, rumbling bass, and vocals that bend over themselves and spring back to shape. The melodies are pop with meat on their bones, robust and full, unafraid to stick in your head and to your ribs. It is art-pop with depth and vision, the product of an artist who not only carved out a space for herself, but has grown into a voice that has the potential to shape a landscape.

CASEY NEILL AND THE NORWAY RATS 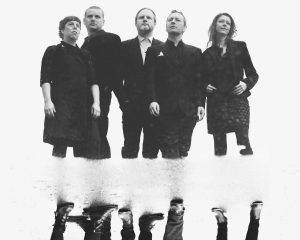 The music of Casey Neill & The Norway Rats combines high energy rock rave-ups and lush acoustic reveries built around melodic narrative songwriting. Neill has been touring with the band and solo throughout the USA, Japan, and Europe for more than a decade, performing his songs at venues such as Town Hall in New York, San Francisco’s Great American Music Hall, and the Newport Folk Festival. The Norway Rats are a collective of Portland indie all star players featuring Jesse Emerson (Amelia), Jenny Conlee-Drizos (Decemberists), Anita Lee Elliott (Viva Voce), and Ji Tanzer (Loch Lomond). The new Casey Neill & the Norway Rats record Subterrene is a major leap forward for the band that No Depression calls “a milestone in Neill and company’s trajectory thus far” while Rolling Stone says ” (Neill’s) songs mask their complexities beneath a simple, singalong-worthy surface… these swimming waters have serious depth.” 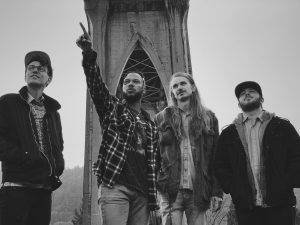 Mal London is a hip-hop artist/musician from Seattle, WA. Growing up, he was fortunate enough to be exposed to a wide variety of music. He references a lot of 70s Soul, R&B, Jazz, Gospel, and early Hip-Hop as his primary inspiration. Mal began his journey growing up in the church. He started off playing the drums, and from then he grew an interest for music production. His sound captivates his rhythmic background & love for melodies. He’s able to create a sound that harmonically fuse the two together.

For this performance, Mal London will be accompanied by the three-piece band, Butter.

Before they were Butter, Aaron Schmidt, Tom Shipley, and Jarrett Tracy met working as musicians for hire at a church in Salem, OR. After almost a year of playing together, they decided to team up and see what they could accomplish working creatively rather than professionally. In June of 2015, the trio moved to Portland with the intention of starting a new, fresh project. In short time, they had begun writing and arranging songs under the name Butter, starting with their first release “Fuck L.A.” Tom’s powerful and intricate bass lines, Jarrett’s rock-steady drums, and Aaron’s meticulous guitar arrangements and vocal melodies mixed to create groovy and bright pop songs rooted in funky and danceable rhythms. After some workshopping at the basement house show venue known as The Psychic Reader, Butter found an audience and began playing venues and house shows all over Portland.

As the band’s calendar quickly started getting filled with local shows, mini-tours, and video/photo shoots, Aaron Schmidt’s songwriting notebook followed suit. With pop artists like Dawes, the Strokes, and Bruce Springsteen as the foreground, and Kanye West’s hip-hop sensibilities guiding the way, the Butter boys started cranking out more material. In September 2016 they recorded their self-titled debut EP at Trash Treasury with the assistance of Adam Becker and Chris Ward. After Adam Gonsalves at Telegraph Audio Mastering worked his magic, they released the EP almost a year later in September 2017.

JENNY DON’T AND THE SPURS 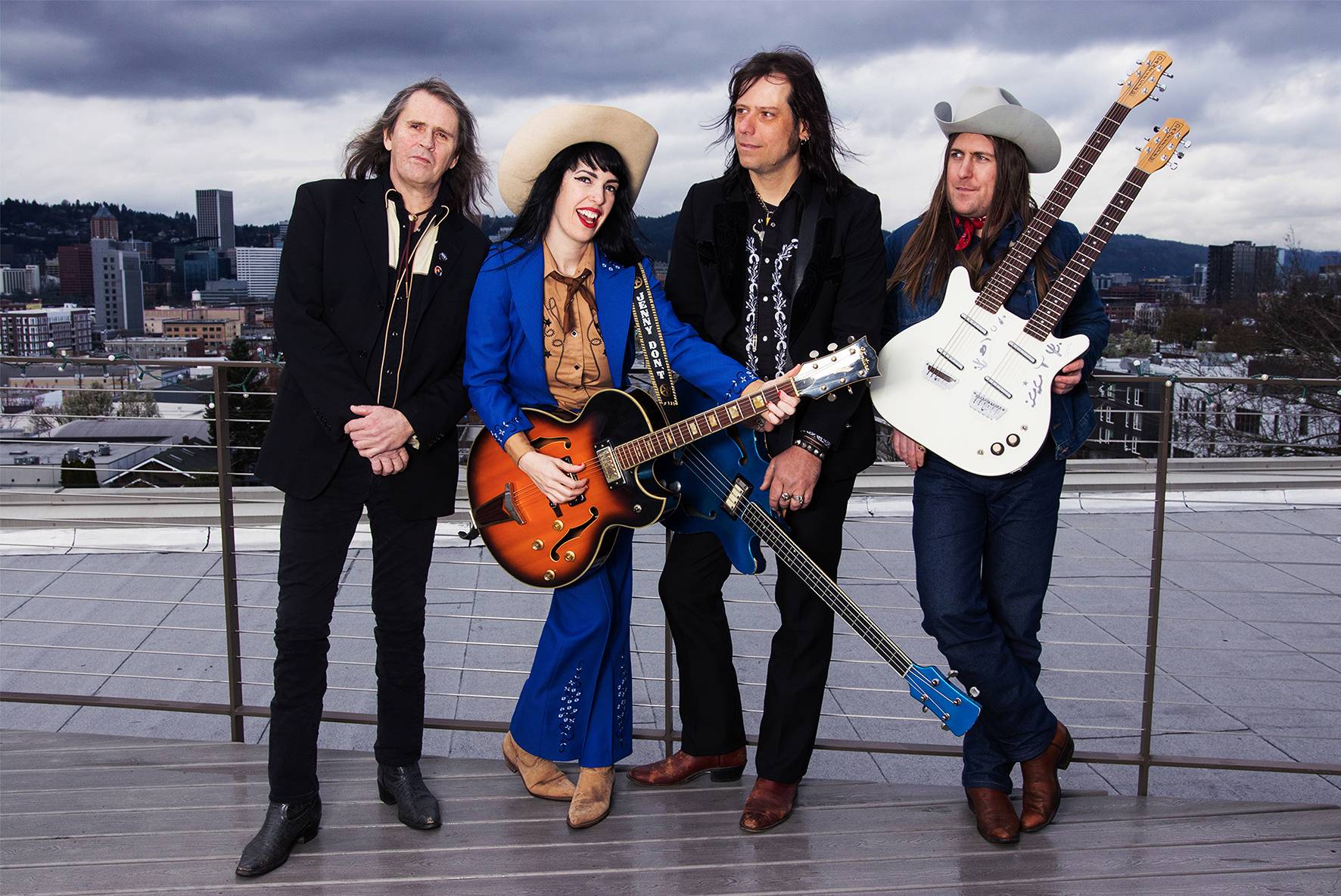 If you have a love for old classic country artists such as Hank Williams Patsy Cline and Wanda Jackson then you might have a soft spot for this Portland band. Jenny Don’t sings from the heart and Sam, Kelly, and Christopher play like there is no tomorrow. Jenny Don’t And The Spurs features Jenny Connors on guitar and vocals, Christopher March on lead guitar and lap steel with Kelly Halliburton (Pierced Arrows, Dead Moon) on bass and Sam Henry (The Wipers) on drums.

LAST OF A DYING BREED / LOAD B

In Last Of A Dying Breed we see two generations of master poet and emcee contrast and connect.

Born in Chicago, Mic Crenshaw is a veteran rapper who moved to Portland after being a lead figure in street wars between neo nazi skinheads and anti racist youth in the Midwest in the 80’s and 90’s.

After arrival in Portland from Minneapolis, Crenshaw would become one of the most respected emcees in the region leading bands like Hungry Mob and Suckapunch before establishing his solo career. Crenshaw was the Portland Poetry Slam Grand Slam Champion in 2001 and went on to become a finalist at the National Poetry Slam in Seattle that same year. Crenshaw was voted Portland’s Best Hip Hop Artist by Willamette Week in 2016 and has traveled extensively in Africa and toured Cuba and Germany as a member of the African HipHop Caravan.

Crenshaw has toured with Dead Prez, Rakim and Immortal Technique.

Micah’s style is hard hitting, vulnerable and razor sharp often moving listeners to tears with his deep self reflection and critical social commentary.

Micah Fletcher achieved global recognition for his role in surviving a deadly attack and hate crime on Portland public transit in 2017 when he came to the defense of two women of color, one of whom was wearing a hijab. The two women were the target of violent threats and verbal abuse by a white man named Jeremy Christian. Christian has been charged with aggravated murder in the stabbing deaths of Ricky Best, 53, and Taliesin Namkai-Meche, 23 in the incident. Micah was stabbed in the neck but survived.

In the wake of the attacks and in the struggle to process the trauma, Micah turned to his skills as a gifted poet and emcee and began to aggressively create the work that is the foundation of his lyrical contribution to LOAD B.

In 2018 Micah approached Crenshaw who had mentored Micah as an artist and proposed the two start working on a project together.

The rest is history.

Crenshaw and Rocker released their first single “Paradox” featuring DJ Klavical and production by Theory Hazit under Crenshaw’s name and distribution with Burnside in 2018.

LOAD B will drop their album entitled Brink Of Distinction in June 2019. 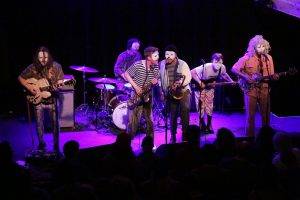 Kulululu brings out the essence of the DIY movement. Approximating the sound of garage rockers who spent a summer semester at Julliard. Kulululu will melt your face while expanding your mind. More than a band, Kulululu is a state of being. When you ignore common thought and strive to follow your inner vision, you are Kulululu. When a band makes music that combines an art-rock aesthetic with fantastic musicianship and an impossible-to-predict live show, that band is Kulululu. 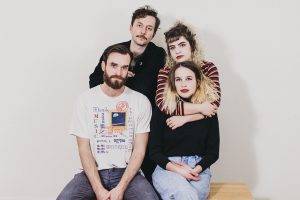 Portland, OR based four-piece Plastic Cactus have been serving up dark, desert-inspired surf rock since their formation in 2016. The band is fronted by Brooke Metropulos (guitar/vocals) & Michaela Gradstein (guitar/vocals) with Bill Willson on bass and Tyler Brown on drums. Their self-released EP “Pricks” is an eclectic mix of eerie spaghetti western and guitar driven psych-surf with an emphasis on vocal harmonies. Plastic Cactus released their second EP “Moth Eyes” in July 2018 & are currently working on a new collection of songs set to be released in 2019.