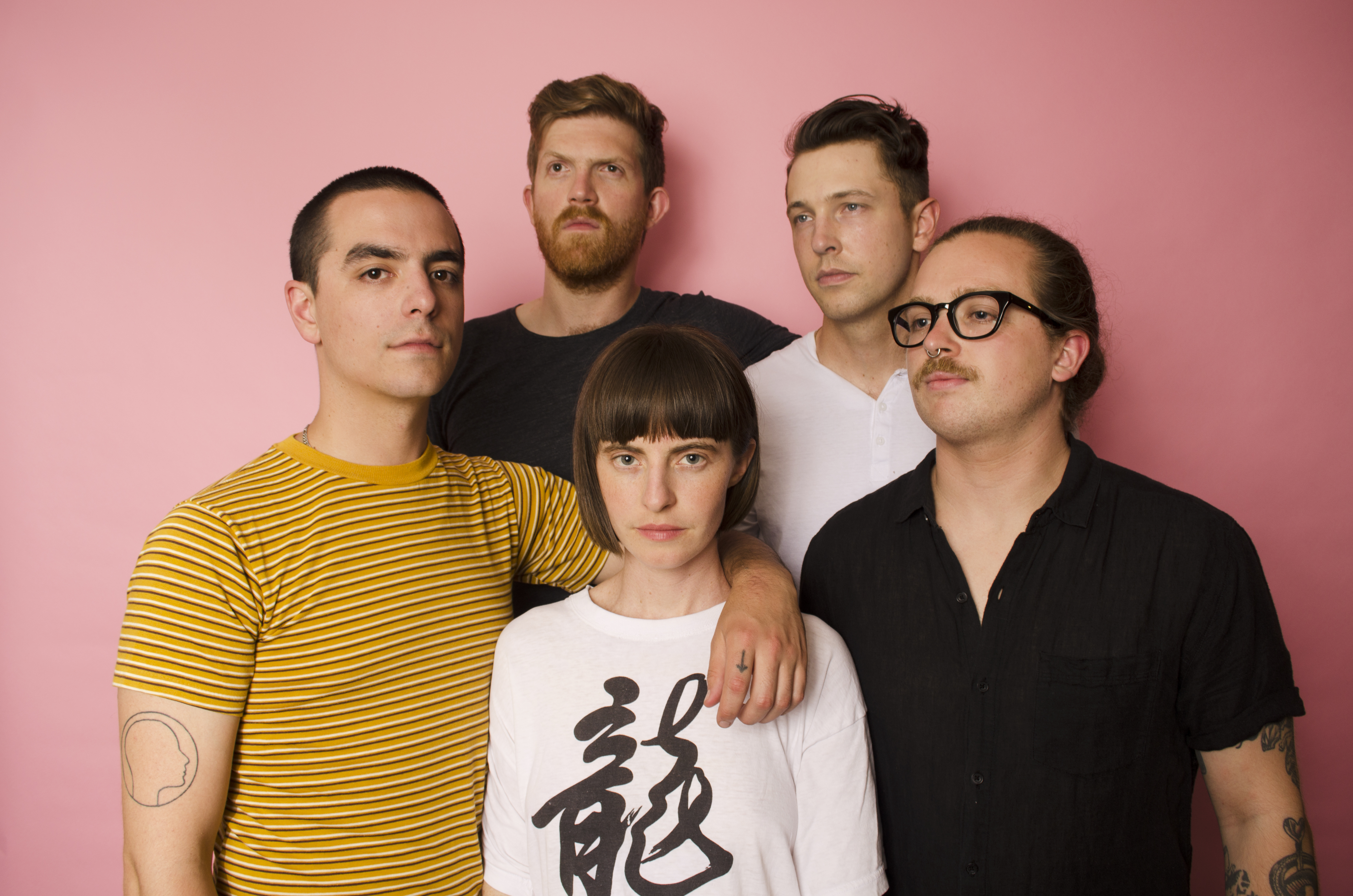 Wild Ones delve into the bliss and burden that musicians are tasked with today: create work that captures your spirit, but do it without selling your soul. Self-produced and recorded, they walk the line of DIY oddity and polished pop sheen. Hailing from Portland, Oregon, the band combines the talents of lead vocalist Danielle Sullivan, keyboardist Thomas Himes, drummer Seve Sheldon, guitarist Nick Vicario and bassist Max Stein. Growing up on Cocteau Twins and En Vogue, their sound is a mash of R&B synths, muted guitar, and somber vocal melodies. After 7 years together, they’ve hit their stride in creating work that poses questions about art and authenticity.

Mirror Touch, the band’s latest record releasing in October 2017 via Topshelf Records, explores spaces of isolation, loneliness and how it feels when the line between self and other becomes blurred. The record title refers to the condition “Mirror Touch Synesthesia” and the physiological experience of empathy. How can you know yourself, when in public you become everyone else? The songs explore the quest to maintain artistic self-integrity in an industry that seeks to homogenize. Solitary in their process of collaboration, Himes and Vicario produce the music, while Sullivan crafts lyrics and melodies, their attempt at self-preservation against the ever-changing expectations of what music should or should not be. Combining their style of upbeat melodies with a backdrop of darker lyrical themes, an inquiry into their artistic process ultimately reflects a balance between earnest head nods to their favorite sounds with a fierce loyalty to their own sense of self. 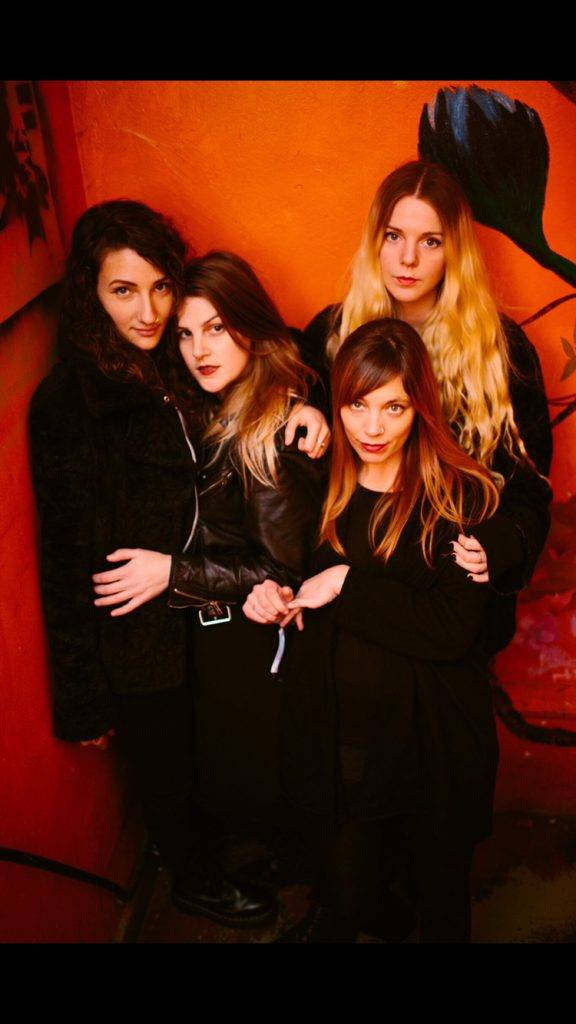 The notion of “heavy music” is continuing to expand of late, with many intrepid artists finding new ways to incorporate the power of traditional metal into new music, but without all of its trappings. Enter Portland, OR quartet BlackWater HolyLight to further swirl musical elements into a captivating hybrid of emotional intensity. Heavy psych riffs, gothic drama, folk-rock vibes, garage-sludge and soaring melodies all collide into a satisfying whole with as much contrast as the band’s name itself.

“I wanted to experiment with my own version of what felt ‘heavy’ both sonically and emotionally,” says founder and vocalist/bassist Allison Faris. “I also wanted a band in which vulnerability of any form could be celebrated.” BlackWater HolyLight — Faris, guitarist/vocalist Laura Hopkins, drummer Cat Hoch and synth player Sarah Mckenna — formed upon the breakup of Faris’ longtime band and she sought a fresh start. “In my last band I was the only female in a group of 6, so I wanted to see how my song writing and vulnerability could glow taking the drivers seat and working with women.”

The band’s self-titled debut begins with a simple, almost grunge-like riff as a chorus of voices introduce a melodic line in call-and-response until the band kicks in, slowly building into crescendo like a lost outtake from Led Zeppelin’s Houses of the Holy. Elsewhere, “Sunrise” begins with a chorus-drenched post-punk groove until a sonic boom of heavily distorted guitar skree erupts out of nowhere. Nearly as suddenly, the song returns to its lulling core, subtly building the tension until it ruptures completely in a blast of noise. Likewise, “Carry Her” establishes a dark, sparse melody and distinctly thin sounding drums not far removed from early work of The Cure. However, BlackWater HolyLight’s penchant for surprise attack finds a sudden shift into a doom-like dirge, colored with eerie synth notes and pounding shards of fuzz. Throughout the album, their songs shirk traditional verse-chorus-verse structure in favor of fluid, serpentine compositions that move with commanding grace. The band expertly, yet subconsciously, incorporates hints of Chelsea Wolfe, Celebration, Captain Beefheart, The Raincoats, The Stooges, Pink Floyd, Jane’s Addiction and more to form their unique brand of dark’n’heavy transcendence.. 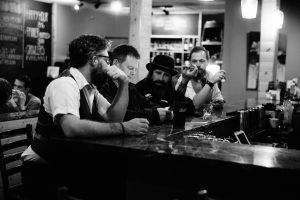 The Exquisite Taste of Plain Water. It may sound a bit pretentious, but the concept is really the exact opposite. It’s water. Just plain old water. It’s also a mouthful, so you can just use ETPW going forward.

Hailing from Vancouver, WA, ETPW is comprised of songwriters Jimi Evans and Paul Bond
and rhythm section Brendan Slevin and Eric French — each of whom are longstanding
veterans of the Northwest music scene with a long list of accolades and accomplishments
under their belt. ETPW combines aspects of classic country, Americana, pop and rock in a
fundamental and honest approach to the art of song that places a special emphasis on the authenticity of the lyric.

ETPW’s candid and unadorned approach to songwriting allows for the listener to be
transported into the song and explore the honest, heartfelt stories conveyed by the band.
And the “less is more” and stripped down approach to their music also puts ETPW in a
unique position to do several things:

The Exquisite Taste of Plain Water. It may sound pretentious, but it’s very refreshing.
Simple, honest and unassuming.
Come join us around our campfire. 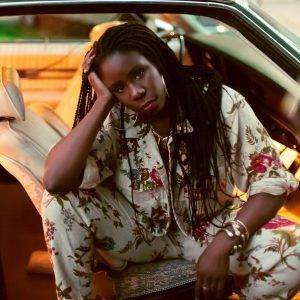 MELT is a psych-pop/rock band that was formed in October 2014 in Portland Oregon by songwriter Jeff Schultz. Since 2014 they have released multiple EPs (Black Gold, Funhouse, and most recently Pick A Fight) as well as completed multiple West Coast and Southwest tours. MELT has a taste for complex psych pop and rock and roll songwriting, delivered with a sense of urgency and ease. 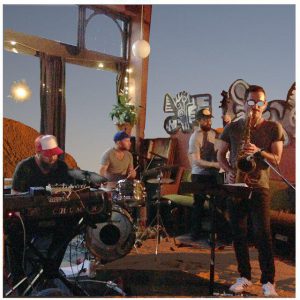 Tribe Mars is an emerging and intergalactic soul R&B/hip-hop act based in Portland, OR. Keyboards, guitar, bass, drums, three different vocalists, trumpet and saxophone create this bands’ fresh yet slightly nostalgic sound. The culmination of diverse musical backgrounds of all the members has resulted in a unique, raw, old school meets new school, West coast meets East coast vibe that’ll be sure to have you groovin’.

Willamette Week’s Best New Band Poll of 2018 described the Tribe’s sound as “An alternate timeline where the Roots spurn Jimmy Fallon to become the house band at the Goodfoot.” And, 2018 is set to be a big year for Tribe Mars as they prepare to release their debut, self-titled album this summer.

Vursatyl is an MC, singer/songwriter, best known for being a frontman for the Portland, Oregon-based Hip Hop group, Lifesavas. His lyrics are smart, sharp and delivered with a complexity in flow that would make even Charlie Parker proud to know him, all without losing any accessibility. Unlike many of his contemporaries, Vursatyl can also sing, direct a full band, and construct vocal harmonies of an extraordinary and unique nature. A perfect example of this appears on his classic hit, HelloHiHey from Lifesavas’ album, Spirit in Stone, where all vocals were performed and conceived by Vursatyl.

All singing aside, he’s widely known as one of the best MC’s in independent hip-hop and has toured internationally with De La Soul, Talib Kweli, Pharoahe Monch, DJ Shadow, Blackalicious, The Coup, and Lyrics Born and has been specially featured on music with Smif-n-Wesson, Dead Prez, Camp Lo, Galactic, Blackalicious, Fishbone, Gift of Gab, Lyrics Born, and many other Artists. As a part of Lifesavas, Vursatyl has received critical praise in the press, from Rolling Stone to XXL, including receiving the esteemed Chairman’s Choice title. Vursatyl was also an integral part of Blackalicious’ live show and has toured internationally and extensively with them over the past several years.

Vursatyl recently released the first of three solo projects. This initial installment, Crooked Straights, is already being heralded as a “Hip Hop classic” in the tradition of J Dilla, A Tribe Called Quest, and Slum Village. Remixes have been done by Vitamin D, Jake One, and more are currently in the works. DJ Maseo, of De La Soul fame, also did a mix of Crooked Straights, which is now available. With two more full-length albums ready to quickly follow, Vursatyl will be touring internationally as a solo artist, while promoting and performing new material from his current catalog of soulful hip-hop.

“Seattle trio Wimps channel all of the soul-crushing minutiae of our everyday lives into deceptively sad, yet infectious punk rock.” – Noisey

Seattle’s Wimps (Rachel Ratner, Matt Nyce, and David Ramm) are back with their third album, Garbage People, out July 13th on LP, cassette, CD, and MP3! Known all over as one of the premiere “plenty of nonsense” guitar/bass/drum groups, Garbage People finds Wimps taking a sonic leap forward (there’s saxophone, keyboard, and juuuust enough cowbell) and lyrically (subject matter ranges from gender pay inequality, decline of bee populations as a result of climate change, insomnia, and wanting to steal a pizza … but only if it’s cheese!) On Garbage People, Wimps have successfully filtered the best parts of 70’s Rough Trade, the International Pop Underground 7” series, Devo, The B-52s, the Breeders, etc. into a unique and timeless sound that appeals to playlist streaming teens AND adults who own over 500 records.